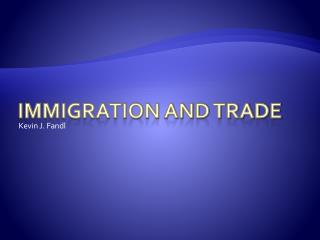 Unit 2: Trade Policy - . immigration 2/13/2012. bryan caplan. most of this lecture is based on the fff economic liberty

Trade and Globalization - . trends and consequences. i. a brief history of the world economic system. trade before the