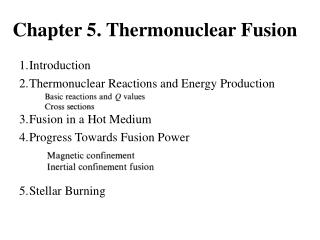 Drools and Drools 5 Fusion - . drools is an open source rules engine , which lets you express business logic rules in a

Effects of a Thermonuclear Blast - . electro magnetic pulse. a strong surge of energy any electrical appliance,

Fusion - . when 2 light nuc particles combine / ‘fuse’ together – energy is released. why? because the product

Fusion - . will it always be… the power source of the future. plasma in spherical tokamak start . tokamak ten times the

Fusion - . nuclear energy. so what is it?. sun produces vast amounts of energy by combining 4 nuclei of hydrogen to form