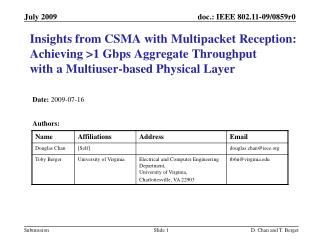 High-Throughput Screening - . what is hts ?. identification of one or more positive candidates extracted from a pool of

Fault-detection in Ambient Intelligence based on the modelling of physical effects - Phd thesis defense. fault-detection

LINUX PRESENTATION BY, Nikhil v jain - . what is linux? the most commonly used operating system for this purpose is linux

Awards Reception - . 2008. ieee computer society is proud to be a c0-sponsor of the ieee international test conference .

Children in the weights room - . the facts and fallacies: what the research says and how we can help with long term