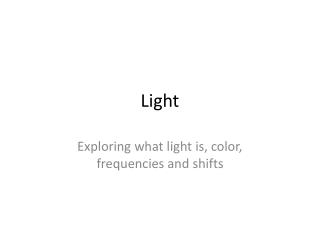 Light. Exploring what light is, color, frequencies and shifts. History of Light. Ancient Greeks thought that every object emitted tiny particles just like that object that your eye picked up. Socrates and Plato.