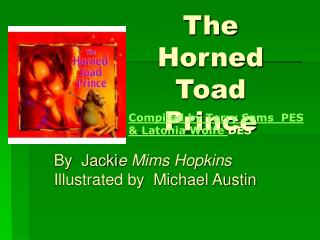 Therefore, you know that cows A and C are homozygous recessive (pp) - 0. in cattle the polled (hornless) condition (p) is

Who is Prince? - . who is prince? born prince rogers nelson in 1958 accomplished singer, musician, actor, and producer

Great Horned Owl - . by michelle chambers and elle mound. there scientific name is . bubo virginianus. what is there

SQL Tuning via Toad - . tips for optimizing sql performance. agenda. this is both a powerpoint presentation &amp;

Merchant of Venice - . act ii introductions and questions. scene 1: meet the prince of morocco. or fresh prince of

Frog and Toad Together Word Wall Words - . created by kristi waltke. chant the words one time as they appear. afraid

3. What a weird animul that is? 4. Is a horned toad really a toad or is it a lizard. - 1. she wanted to explore the vally