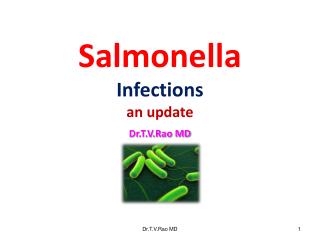 Salmonella - . this presentation focus on efforts to make the population at that are risk the awareness of salmonella. it