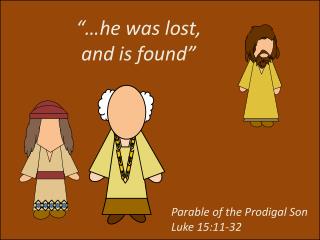 Parable of the Rich Man and Lazarus Luke 16 - . folktale brought out by jesus to teach a lesson. before jesus there was

Luke Baldwin s Vow - Character description. luke baldwinboy who loves dan and will do anything to save himuncle

Parable of the Talents - - newmanlib.ibri.org -. parable of the talents. matthew 25:13-30 robert c. newman. abstracts of

Parable of the Sower - . may 10. think about it …. what do you do to keep your house plants alive? jesus uses an object

Jesus the Christ - . a survey of the bible the gospels – matthew, mark, luke, and john http://kohlin.com/biblesurvey/.