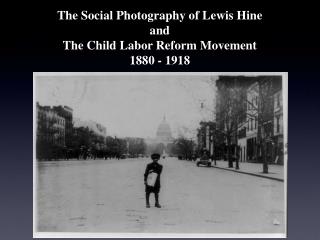 The Social Photography of Lewis Hine and The Child Labor Reform Movement 1880 - 1918. What was the nature and extent of Child Labor in the Gilded Age and Progressive Period? How did the National Child Labor Committee work to “reform” the conditions of child labor? Child Labor/Lewis Hine - . maria and zachary. background information. in 1870 more than 1 million children (between the

Lewis Hine - . the spread of child

The Labor Movement - . the rise of unions chapter 20 section 4. by the late 1800s, harsh conditions led workers to

The Labor Movement - . objectives. swbat: describe the impact of new technology on industry, transportation, and