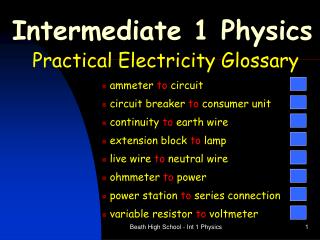 Intermediate 2 Physics - . in addition to set homework you will be expected to finish off class notes and regularly

Intermediate 1 Revision - . health and technology. 15. 1 - which of the following is a body building food?. fat