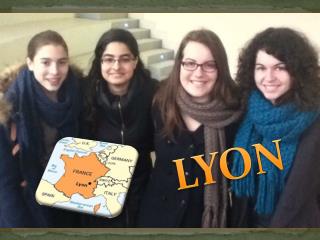 LYON. Have you ever come to Lyon? Follow us on a sightseeing tour for a weekend !. PLACE DES TERREAUX. Saturday 10 a.m.

McMachon Lyon & Hartnett - We're so proud to be chosen among local funeral homes in ny by many. our website will

Lyon Street Tenements - . the tenements in lyon street, maryhill were an example of very poor standards of living in