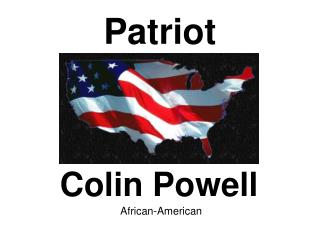 PATRIOT - 2 sides of the war. patriot. loyalist. great britain had violated their natural rights &amp; by 1776,

The Patriot - . identify your favorite quote from the movie. bellwork. complete questions 1-6 the path to victory (last

Patriot Maids - If you're searching for a local home cleaning referral service that stands above the rest, then the wait

Patriot Offense - . speed, attitude , discipline. offensive line. rt/lt will be our most athletic lineman. must be able