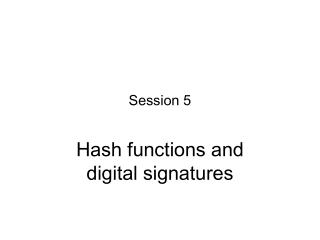 Session 5 - . modifying records for integrating resources. goals of session 5. learn how to update an existing ir

Session 5 - . activity looking toward the future. as you look towards the future, think about the best part of being

Session 5 - . evaluation and reporting : attribution. revision. what is described as ‘the voice of the newspaper’?

Session 5 - . malnutrition and anemia. learning objectives. by the end of this session, the students will be able to: (1)

Session 5 - . assessment in online courses. kadir —can you find anything about how it is different? from face-to-face?

Session 5 - . what we will talk about in this session…. what i need to eat to stay or become healthy. making a plan to