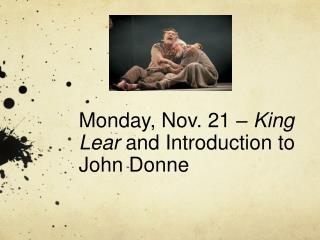 KING LEAR - Filial ingratitude , family r elationships , age. king lear. thou shouldst not have been old till thou hadst

King Lear - . justice and fate . definition of justice . the quality of being just; righteousness, equitableness, or