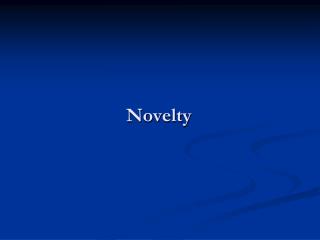 Novelty. Statutory Basis. "invention" means any new and useful art. . . But the novelty requirement is set out in detail in s28.1/2 An invention which is not new is “anticipated”. Rationale.