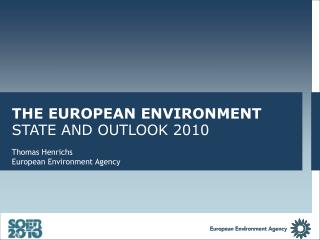 THE EUROPEAN ENVIRONMENT STATE AND OUTLOOK 2010 THE EUROPEAN ENVIRONMENT STATE AND OUTLOOK 2010

The implications of the financial-economic crisis for the financial services industry - Presentation: globalaw americas

SPP as a way to leverage more demand for sustainable goods and services: A focus on Switzerland - International affairs

Double Identity: Armenia in the crossroads of Europe and Asia - Dialog of europe and itâ€™s eastern neighbors youth

The Global village - . the global village. if the entire globe were represented by a village of 100 people this would be

Presentation for Investors - . executive summary. we are pleased to welcome potential investors to this