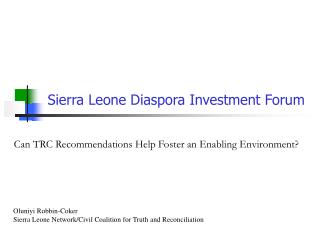 AMSCO PRESENTATION TO NEPAD HR DIASPORA - . what is amsco?. amsco is a joint venture between the undp, the private

By: Sierra Cichonski - Fredric jones &amp; the positive discipline model. by: sierra cichonski. quote. “there is no