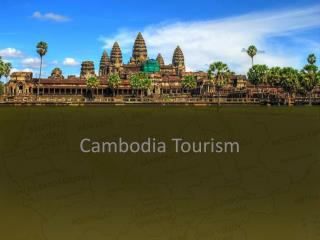 Tourist places in Rajasthan - Rajasthan is the land of maharajas, which is famous for its rich culture like food,

Cambodia - . by savannah jones. the cambodian government. cambodia is a monarchy cambodia has three branches of

Cambodia An Introduction - . s e asia. cambodia is in south-east asia it shares borders with: thailand laos vietnam to

The Tourism Industry - . many nations depend on tourism to be one of their biggest revenue generators tourism represents