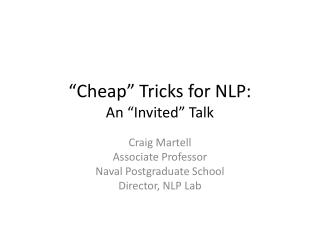 Genealogy Tips and Tricks - . by jerry merritt. tricks to deal with pre -1850 census data. tips on preserving and

Community Reintegration: Life After Stroke - . dr kenneth lam stroke physiatrist. how i got invited to give this talk.