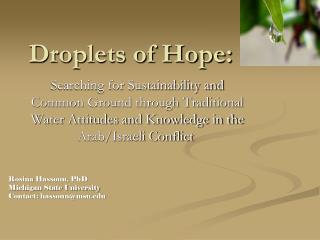 10 SlideShare Fun Facts You Didn't Know About - I hope you liked the fun facts as much as i liked documenting them.

I HOPE YOU ENJOYED YOUR TWO-WEEK SPRING BREAK! - . or, if you took an exam or two, i hope you passed with flying colors!.

Bringing Leaders Together to Inspire change - . presents. a poverty symposium dedicated to the proposition that our

Touching People for Christ in Your Own Backyard . . . - How to make a difference in your community!. touching people for