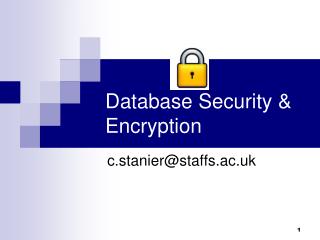 Database Security & Encryption. c.stanier@staffs.ac.uk. A Truly Secure Database . So In The Real World. Database security protects the database against unwanted effects, accidental or deliberate There is always a trade off between high security and performance/user convenience