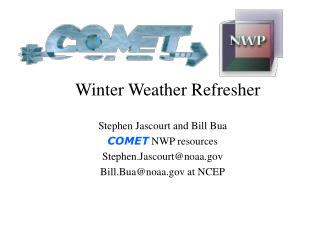 Winter Weather - Winter is the coldest season of the year in polar climates and temperate climates, between autumn and

Winter Weather - . october 17, 2007. winter weather. a winter storm is a low-pressure system that covers a large area and