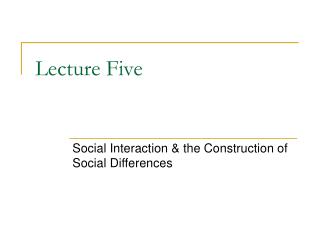 Lecture 5 - . the micro-foundations of the demand for money - part 2. state the general conditions for an interior

HYDROTHERAPY LECTURE 5 - . techniques of ex. in water and therapeutic swimming hydrogymnastics as a systematic form of

Lecture 5 - . introduction. chapter 13 serves as one of the best chapters in the text. i then recommend a complete