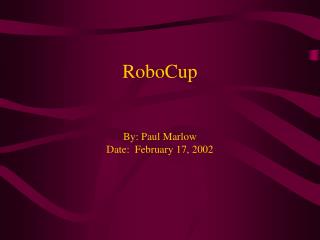 RoboCup - Humanoid robots show off their skills at the annual robocup

Why Robots are Awesome - . the walton robotics team. what is a robot?.  &quot;i can't define a robot, but i know