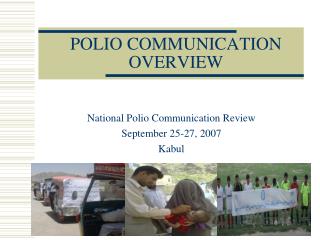 Polio based on information in the novel Blue by Joyce Hostetter - . presented by :kelsey, gracie, marina, and bryson.

Lincolnshire Post-Polio Network - Assessments. issues being raised by and for people with physical and sensory

Word 2007 ® Business and Personal Communication - . how can word 2007 help you make complicated documents easier to

Follow-up consultation on the TFI recommendation for communication for EPI/Polio - . objectives, expected outcomes and

A Childhood Epidemic: - . polio. the faces of polio. polio timeline from the smithsonian national museum of american