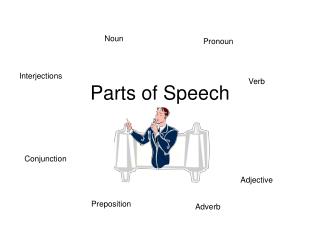 Boston Rival Rallies: Thousands march against hate speech - Thousands of people took to the streets of boston to protest

Eight Parts of Speech Review - . from the word given, identify what part of speech it is. . sorrowfully. adverb. fish.

Parts of Speech - Introducing…. parts of speech. click on the arrow to go to the next slide. introduction. every word