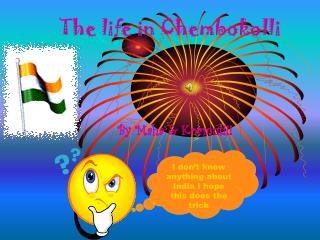 The life in Chembokolli By Maha & Kormul!!! I don’t know anything about India I hope this does the trick Enjoy!!! Places in India New Delhi is a capital city of India. If there is a big dot or star next to it means it is a capital city of a country. This is where I lived for my holiday

The life in Chembokolli - . by maha &amp; kormul!!!. i don’t know anything about india i hope this does the trick.

Life in the Colonies - . magna carta. the magna carta was the first document to place restrictions on an english

Life in the Missions - . chapter 3, section 2 pgs. 86-90. main idea: missionaries were unable to bring about widespread

LIFE IN THE FREEZER - . the ice retreats . the great white continent

LIFE IN THE CITY - . nehemiah 8 all the people came together as one in the square before the water gate. they told ezra

Life in the Camps - . civil war soldiers. focus question. identify five reasons why someone might enlist in the military

Life in the West - . the motives, hardships, and legacies of the groups that moved west in the 1800s. mrs. mata nyos

Life in the Son - This presentation will probably involve audience discussion, which will create action items. use

LIFE IN the FUTURE - . the earth is our environment. the way we live. we pollute the air. we leave litter in the forests.

Life in the Universe - . what we want to know. there is intelligent life on earth could it have happened elsewhere? alien

Life in the Desert - . unit 5.1 dig wait listen. lengthy. long. burrow. a hole dug in the ground by a small animal.

Life in the Son - . walking daily as a child of god love not the world. i john

Life in the Trenches - . world war i. death. death was a constant companion to those serving in the line. many men died