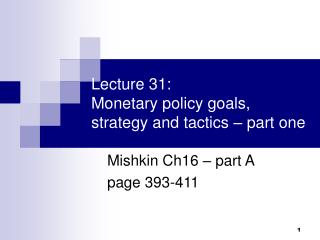 Group Policy - Preferences to software and everything in between. group policy. welcome! . who am i? joseph moody my

COMMUNITY POLICING - . the political era the reform era the community era. the evolution of policing strategy. the

The Natural Resource Curse and How to Avoid It - . part i: channels of the commodity curse part ii: policies &amp;

Chapter 16: The Federal Reserve and Monetary Policy Opener - . essential question. how effective is monetary policy as a