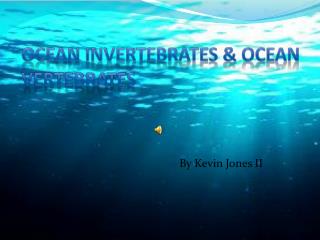 Invertebrates - . types of invertebrates. jellyfish: live in water. have a soft body with poisonous tentacles to catch

Chapter 7: Marine Invertebrates - . bilateral symmetry and the advancements of the worms. oh, to be a worm!. adaptive

Invertebrates - . invertebrates are animals that do not have backbones. many live attached to hard surfaces in the ocean

1. Location of Isahaya Bay - Field observations of tidal current in the mouth of isahaya bay by means of dbf ocean radar