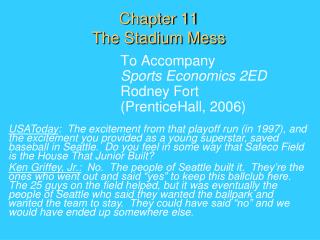 The Dodger Stadium Story - . dodger's game!. this saturday we are going to a dodger's baseball game in los angeles. the

Stadium Design - . there are no current restrictions to the stadium design except for versatility of a retractable roof.

Waldo Stadium - By shannon hatch edt 347 “from swamp to swank”