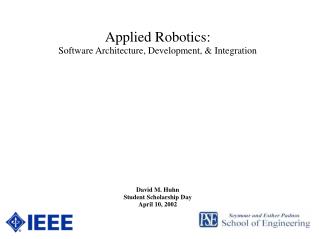 Design and Software Architecture - . outline. what is design how can a system be decompose d into modules what is a

Applied NWP - . how do we “shoehorn” the filtered governing equations into the computer weather forecast model?

Software Architecture - Background any complex system is composed of sub-systems that interact while designing systems,