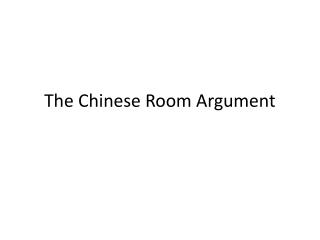 The Chinese Room - . philosophical vs. empirical questions. the kind of questions turing considers concern what a machine