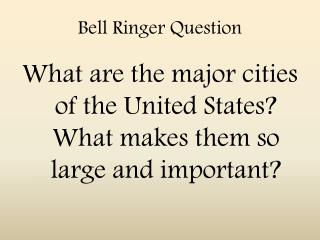 Bell Ringer Question. What are the major cities of the United States? What makes them so large and important?. The Renaissance. A rebirth of learning, arts, and desire to explore the human experience. What was the Renaissance?. Means rebirth in French