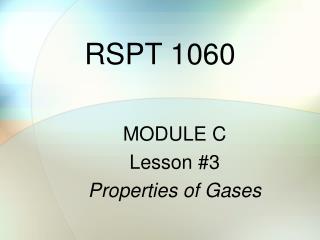 RSPT 1060 - . module c-7 thermodynamics and humidity. objectives. at the end of this module, the student should be

RSPT 1060 - . module a mathematics. tips for success. math concepts are crucial. the math is not difficult. but…you

1060 - . quality and automation in the determination of the erythrocyte sedimentation rate by paolo galiano. in the last

England in 1060 - . should william of normandy attack?. help! nobody will do as i say!. edward the confessor was king he

English 1060 Victorian Poetry - . poetry. queen elizabeth reigned 1558-1603, but her period was so influential that

T-1060 Safe Forklift Operation - . this work has been produced by dgl (aust) pty ltd this learner’s tool is about the

Biology 1060 Chapter 12 - . the cell cycle. cell division. describe the role of cell division in both unicellular and

10.3 Properties of Logarithms - . algebra ii w/trig. logarithmic expressions can be rewritten using the properties of

8.6B Speed, Velocity, and Acceleration - . on level notes. you will learn:. state objective : differentiate between