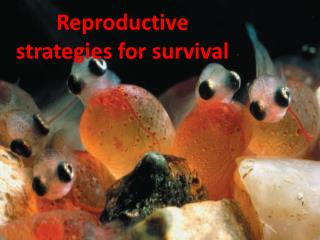 ANDROLOGY (A) FUNCTIONAL ANATOMY OF Male REPRODUCTIVE GENITALIA - . by prof. dr. a. mamdouh osman department of

Adaptations for survival 1 - . el: to see what we already know about adaptations and begin learning about different types

Reproductive endocrinology - . gonadal development:. both the testes and the ovaries are derived from the same gonadal

Male Reproductive System - . rachel boggus boggusrl@email.uc.edu. the testes. remember they are located outside the body