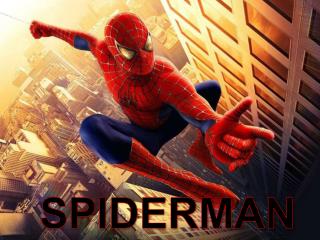 SPIDERMAN. MADE BY: Laura Alzate z. Iván A. Gallo J. Francisco J. Ibáñez. SPIDERMAN 1. Peter parker is a nerd student , his parents died when he was a child and he lives with his aunt may and his uncle Ben. Does My Business Need A VoIP Business Solution? - With new age technological advancements comes ease of life too. okay,

“Nerd” - . “cool”. and now, devotees of spiderman comics can also follow the adventures of “the prowler,” a

The Characteristics of the Greek Hero - . when we think of the word hero, what comes to mind?. masked men in spandex,

Social and Emotional Needs of the Gifted - . “ intelligence is not a privilege, it’s a gift and it must be used for

What makes a story a Story? - . what is your favorite story? . examples: little red riding hood spiderman american girl

“Nerd” - . “cool”. and now, devotees of spiderman comics can also follow the adventures of “the prowler,” a 5. Spiderman 2 (2004) - “spiderman 2 is a superhero movie unlike any other. it mixes spectacular action sequences with