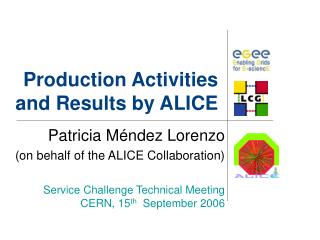 Production Activities and Results by ALICE Production Activities and Results by ALICE

The Structure of Freight and Distribution - . several issues and trends of importance when considering the patterns of

A YEAR IN THE LIFE OF ST ANDREW’S PRIMARY SCHOOL - . all our key stage 2 children took part in a tudor day at montacute

ACTG 6310 - . lean accounting and value stream costing. what is lean?. lean is an overarching philosophy or system

Learning Objective : Identify cause and effect text structures in expository texts - . what are we identifying today?.

Disclaimer : The jokes during the seminar were generated either by AI (Artificial Intelligence) or by AI (Aaditya’s