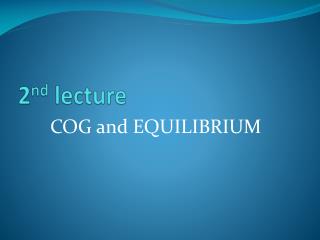 2 nd lecture. COG and EQUILIBRIUM. Center Of Gravity(COG). Definition:(center of mass) COG is an imaginary point that the body weight can be assumed to be concentrated and equally distributed, around which body can rotate freely in all direction.

Introduction to Regression Lecture 2.1 - . review of lecture 1.1 correlation pitfalls with regression and correlation

Week 1 Lecture Review - . do you remember? definition of the internet “internet” vs “the internet” 3 types of