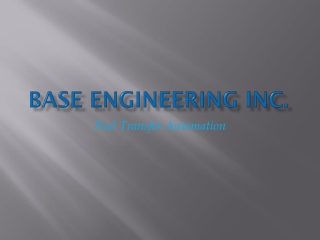 BASE Engineering designs excellent industrial wireless controls for different engineering and commercial purposes. Since 1996 over 50,000 BASE systems have been employed around the globe to increase job safety and productivity. As a result of this design effort we have the confidence to offer a four year, no hassle, and replacement warranty on every product we manufacture. Industrial remote control technology, in our hand, has moved into the next level.

IR Control - . materials taken from ir remote for the boe-bot by andy lindsay. the plan: use a tv remote to control the

Mechanical Technology - . what is mechanical technology?. it is the application of physical principles and current

Remote Control in Unix - The &quot;r&quot; utilities once upon a time, people thought they had a need to be able