Risks to live in an industrialized world. - PowerPoint PPT Presentation 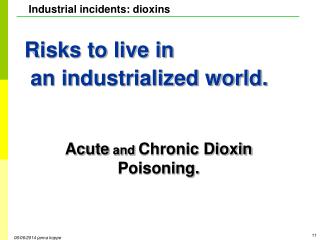 Risks to live in an industrialized world.

Risks to live in an industrialized world.

The Industrial Revolution, 1700–1900 - . the industrial revolution begins in britain, spreads to other countries, and

Aid Given By Developed Countries to Africa - . aid. aim : * identify the three main types of aid which are given to

Developed vs. Developing Countries - . developed countries. developing countries. account for only ______ of the

Poverty and Global Inequality - . the extent of poverty in america. united states vs. other industrialized nations

The Industrial Age - . section 1: the expansion of industry section 2: the age of the railroads section 3: big business

“Man can live for minutes without air, days without water, weeks without food, and forever without thinking” - 2009

The Environmental Challenges We Face - . chapter 1. a world in crisis. earth provides raw materials and energy for life