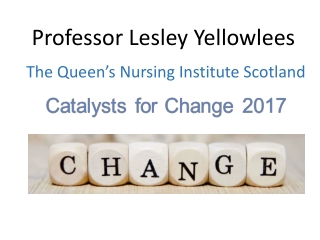 Professor Lesley Yellowlees. The Queen’s Nursing Institute Scotland. Catalyst: What is it?.