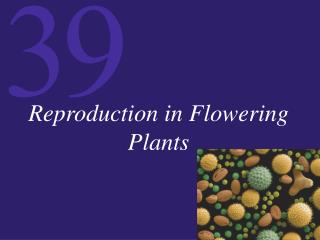 Sexual Reproduction in Plants - . sexual reproduction – plants!. cycle that allows plants to reproduce sexually is the

Flowering plants - . may 2, 2014. what is the purpose of all flowers?. to allow plants to reproduce and continue their

Reproduction in Flowering Plants - . topic 9.3. why flowers?. they smell good they are colorful they produce tasty nectar

SEXUAL REPRODUCTION IN PLANTS - . lesson 4: germination of seeds. revision of previous lesson. we have discussed in great