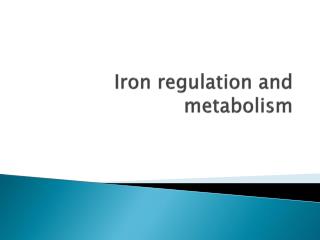 Iron Metabolism and iron deficiency anemia - . prof. dr. sami kartı. iron metabolism (i). iron is a component of all

Regulation of Metabolism - . how does the body know when to increase metabolism? slow metabolism? what might be some