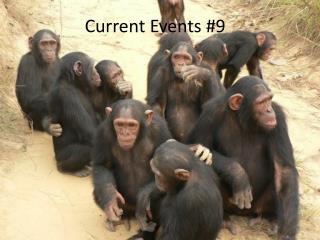 Current Events #9. It’s Cold Y’all. Atlanta is shut down -- businesses, roads, government in general -- and while that's generated furor among residents, the angst is exacerbated by the overnight uncertainty involving many of the city's cubs.

Current Events #10 - . hey baby…argh, a bat (not man). the frog’s calls have an unintended effect: they create

Middle Eastern Current Events - . by: bryan bond. tunisia. 10/24/12 is the one year anniversary for tunisia’s first

Current events - . built up tension in ukraine. in ukraine there is a risk of a cold war starting. the ukraine president

How do people use art to communicate about current events in their world? - . vocabulary parthenon athena frieze

CURRENT EVENTS MAY 1 - What will and can the nba do tuesday about clippers owner ?. current events may 1. the story

Current Events - . the three “p”s. prepare. browse the newspaper for an interesting article you can ask a parent or