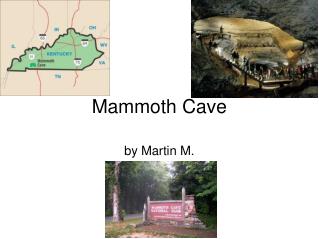 Mammoth Cave. by Martin M. When the park became a national park. Woolly Mammoth - . by: olivia correa. the time span this animal existed on earth . it lived in the quatinarian period.

Mighty Mammoth - . by: joey. fossils dun dun dunnn. standing tall. mammoth ,mammoth on the wall who is the fattest one of

Woolly Mammoth - . chloe liversidge. h abitat. the woolly mammoth was found in the plans of north america and eurasia. a

Cave - . analysed by joe, joe, rohit &amp; puneet. why does grenouille get in the cave? is it his choice?. he chooses

cave - . daniel and austin. our habitat for our report is the cave. you can find giant crystals in caves in new mexico.