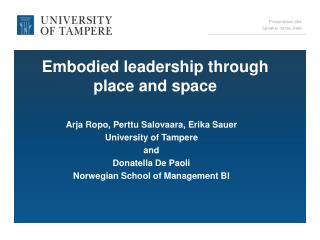 Embodied leadership through place and space

Embodied leadership through place and space

Planning - . chapter 11.1-11.3. some material adopted from notes by andreas geyer-schulz and chuck dyer. overview. what

Saiva, Vaishnava and Christian Teachings - . “ a creed of saivite hindus 1. we believe lord siva is god, whose absolute

The Bishop Convocation on Prayer - . what is prayer?. children in prayer. “a solemn request for help or expression of

The Army expects a Soldier to be morally responsible and law abiding - What is social fitness?. leader : discuss these