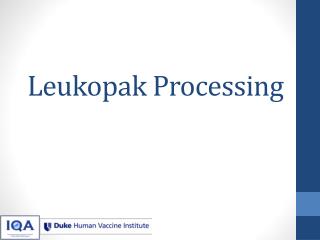 Leukopak Processing. Setup:. Prior to receiving LPK, set up hoods and work area for work to come. S ee an example of one hood set up for a LPK to be processed. GEOLOGY, MINING, AND PROCESSING OF THE INDUSTRIAL MINERALS - . virginia mclemore. class requirements. goals in this