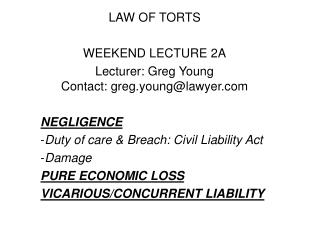 Literacy and Reading Difficulties in Young Children - . partially adapted from letrs, language essentials for teachers of

Identify and respond to children and young people at risk - . chcchild401b. training focus. roles and responsibilities

The Life of Andrea Young - . overview. family members what i like to do goals for the years to come my favorites. my