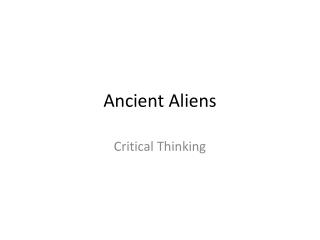 Aliens - . by: tristen delosaantos. what do they look like bro?!. they're are many different kinds of aliens out there.

Aliens - . name. a henrytudor.co.uk production. how to make a mask. look at all the shapes and see the example. choose

Aliens - . by me!!!. small horn-like tusk used for fighting. red ear tufts that help to focus on sound’s. large eyeball

Aliens - . earth is the only known planet to support life. do you think there are other living things somewhere in space

Aliens - . by taylor ford. scenes of aliens. two fast ufo caught on tape over melbourne australia 4/2/12. flying over and

Aliens - We come in peace --- or for your natural resources. aliens. explain the difficulties of space exploration know

Aliens - . wwk: we will know of events carried out by aliens from crop circles to unexplained

Aliens - We come in peace --- or for your natural resources. aliens. ok pass your homework worksheet to another person on

Aliens Activity - . by john bergmann and jeff christopherson. aliens. introduction to periodicity. your mission. nasa has