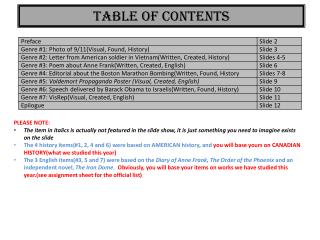 TABLE OF CONTENTS. PLEASE NOTE: The item in italics is actually not featured in the slide show, it is just something you need to imagine exists on the slide