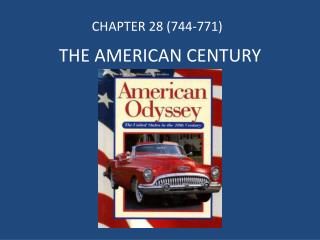 THE AMERICAN CENTURY. CHAPTER 28 (744-771). THE POSTWAR ECONOMY. Many were worried about a postwar depression and continued to be willing to employ federal authority to stabilize the economy